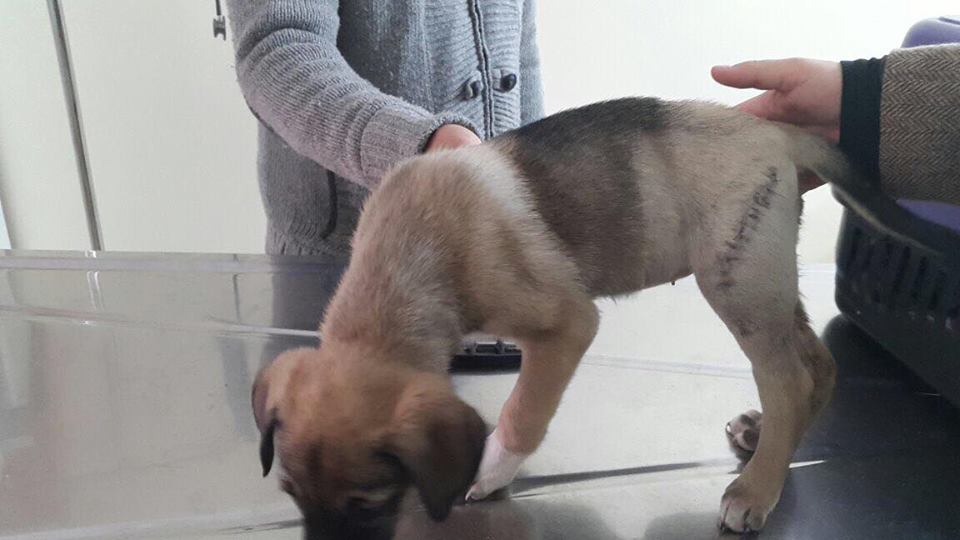 This beautiful puppy was found by Remzi Ozdemir and his wife at Kirazli while going for breakfast. She was with several other puppies out on a hillside. Remzi thinks she might have had a bad fall.

This kind couple brought her to town for treatment. X-rays showed a very nasty break on her left rear leg, requiring surgery. Puppy had her major surgery October 31st and has been cared for by this couple since her surgery and seems like this chance meeting was meant to be.

Now named Sheila, she is now a part of the family and has a loving home. Her surgery was successful and she is already frolicking on the beach with her new “mom & dad”. Thank you for your donations, which have contributed to making this possible. Here is her story in pictures: