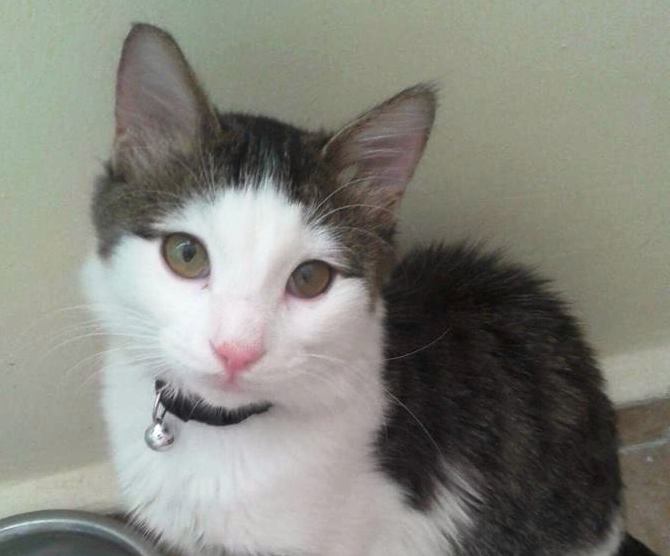 Meet Zeki!
In June 2016 Carol Anderson came across Zeki. A Turkish friend of Carol’s neighbour had found Zeki in her hairdresser’s. They thought that he had had glue poured over him, as his eyes and mouth were so ‘stuck up’ with bloody pus. He was estimated to be 2 months old by our vet at that time but he was very small for his age.
In his small body, there laid a huge will to live and with the help of Paws & Claws, it became reality for him.
He received treatment every day for 2 weeks AND for some later, as his immune system was so low. His sneezing stopped only during the second week of November. He had to be isolated from other cats because he was so infectious, and the vet said he would probably be a year old before he would be strong enough to fight further infection.
So Zeki became gorgeous house cat, who is getting ready for his neutering.
Thank you Carol Anderson for taking such good care of him and thank you all Paws & Claws members for making these happy endings possible.