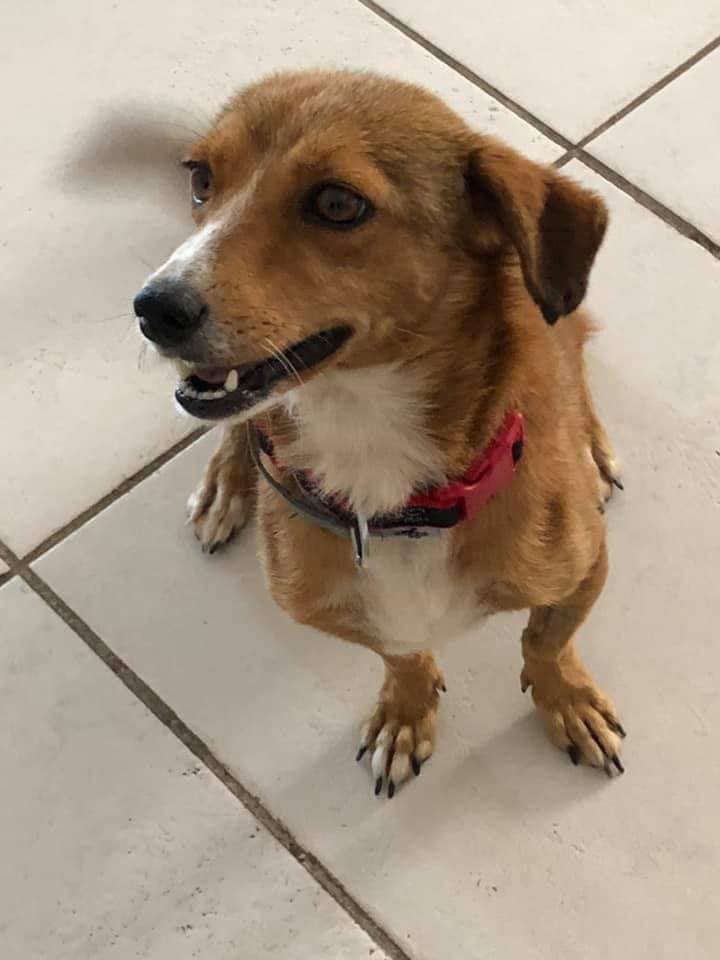 When a street dog is rescued or helped it’s always a small miracle. There are so many of them and for the ones lucky enough to receive help or best of all a forever home it really is miraculous.

Mini, Miss December in the 2020 Kusadasi Paws and Claws Calendar was spotted in the government shelter, a little scrap of a thing weighing no more than 10 kilos. She seemed to be suffering from paralysis in her back legs. Mini was scared of most things and very worried around men, obviously she’d suffered abuse in her young life.

She was taken out of the shelter and seen by Kusadasi Paws and Claws’ ‘super vet’ Cağdaş. Her collar was found to be incredibly tight around her neck, cutting into her flesh. The first miracle came about when we realised the problem in her her back legs was caused by the too tight collar. Once it was removed she started to have feeling in her legs and recovery began. Blood tests were taken to check out Mini’s overall health and it was discovered that she was suffering from Ehrlichia.

This condition is treatable but it’s time consuming and antibiotics can cause major problems with a dog’s liver function. Treatment started with the appropriate antibiotics but they started to affect her liver and had to be discontinued for a while in order to give her liver a chance to recover a little.

Then, two angels stepped forward to foster her. Kelvin and Myra Frew have been instrumental in helping Mini get back to good health. The antibiotics plus liver boosters were started again. Now that Mini had a decent environment and she was being given love and kindness she began to thrive. With lots of tender loving care the antibiotics did the trick and Mini tested clear from the Ehrlichia.

A German lady fell in love with her and offered her a forever home once her pet passport was sorted out and paperwork completed. On the 12th November Mini will fly to Luxembourg with her new ‘mum’ and make her way to her new nest. Mini’s sweet nature made Kelvin and Myra fall in love with her also, and they would have kept her if a home had not been found. Who says that miracles never happen – they do, and Mini is living proof of that. We wish her God speed.